Seaglassing on the Outer Banks of NC

Let’s face it, you’re probably addicted. If you live or vacation on the Outer Banks and you walk along the ocean’s edge, it’s bound to happen. If you aren’t already, you will be. Don’t worry though, because it happens to all of us, eventually. The casual walks at first light listening to the therapeutic pattern of waves lapping against the shore, hoping to get a glimpse of the sun as it comes up over the horizon, are over.

It starts innocently enough, with that first tilt of your head down at the sand below. You are looking for treasure! Although we’d all like to get our hands on a gold doubloon, anything will do. Whether it’s an actual piece of eight, an intact whelk shell, or even a pretty rock, anything qualifies to beachcombers. Eventually, you’ll find your first piece of sea glass and, in an instant, it will become your mission each and every time you hit the beach to scour as much of the shoreline as you can in an effort to find more. From that moment on, everything changes.

We can find it from one end of our shores to the other. One day it’s here, the next it’s there, and some days it’s everywhere. And some days it’s nowhere. There is no rhyme or reason as to why it appears one day and not the next. Some people will tell you that it’s best to look after a storm. While it’s true that plenty of debris is scattered on the beach after a storm, that doesn’t typically include sea glass. No-one knows for sure when or where it will appear and that, too, is one of the draws for collectors. Collecting sea glass has become so popular in recent years that during the in-season if you see footprints on the beach, the chances are that you have missed it. Never fear, though, because each wave presents a new opportunity to find an elusive shard.

Everyone agrees that sea glass is beautiful and we all pick it up for just that reason. Some of us are casual collectors who only wish to add to our collections in a small dish that sits in the window above the kitchen sink. Some of us do something more with it, like making artsy picture frames, ornaments, mosaics or, as is the case with me, fine jewelry. The possibilities are endless because it matters not what you do with something beautiful because it will always remain just that. Beautiful.

Although we initially admire and collect it for its beauty and rarity, we yearn to know more about it. The first question that comes to people’s minds when they have it in their hands is, ‘what is it?’ Simply put, sea glass is manmade glass that has found its way into the ocean and spent a significant amount of time tumbling underwater and undergoing both physical and chemical changes before eventually making its way back to the shoreline.

The physical part is easy enough to figure out, but the chemical change that is taking place is what really changes what was once trash into treasure. The chemical transformation is a process called ‘hydration’ and just takes many years to fully accomplish. It is the sole reason that sea glass cannot be duplicated in a machine. If the Ph level of the water is 7 or above, which it is in all the oceans of the world, then the water becomes caustic, or corrosive. At that point, the glass begins to undergo a molecular change. Essentially, it is disintegrating on a molecular level, or coming apart. It typically takes generations for glass to fully hydrate in the ocean and become that new animal that is coveted so much by so many.

Along the Outer Banks, some of it gets there innocently enough. Perhaps a kid left a Coke bottle on the beach in the 70s, or maybe a group of boys took their slingshots and a handful of marbles out onto the fishing pier in the 50’s to see who could fire theirs the farthest. There is just as much of a possibility, however, that the sea glass we find here has a much more sinister ending. Remember, we have over 2000 documented shipwrecks along our coastline since the early 20th century alone. Our history here is also neck-deep in pirate lore, so we certainly have just as much a chance of finding shards of glass from that time too. We also know that he Dutch were bringing gin here in glass container vessels from the late 1700s through a good portion of the 19th centuries. To be sure, countless hurricanes have made their way along our coast and taken dozens of houses and all of their contents back out to sea with them. Those same storms have taken down many telephone poles that, up until the mid to late 1970’s, were topped with colorful glass insulators …they’re out there too. Our history is also rich in stories of rum-running during Prohibition. It’s not uncommon to find an embossed shard from the faceplate of a liquor bottle from the 1930’s. During World War II, the Germans sunk countless ships off our coast for years unchecked. The list of possible origins of the shards we find along our shores goes on and on. On the Outer Banks, the shards of sea glass we find are historically significant pieces of time, and each one of these relics gives us a glimpse into what we know to be true.

Because of this history, there is a definite draw to many of us for the romantic appeal of its previous existence. Remember, it once had a purpose. Someone was doing something with it, using it in their life. The mystery of the history that accompanies the shards is just as much of an appeal as finding a vibrant rare color. To those of us that collect it, we get it. From the very first moment we reach down to pluck it from the sand, sea glass captures our attention and begs our admiration. Pure and simple, sea glass is treasure.

Where does cobalt blue sea glass come from? 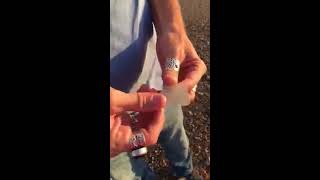 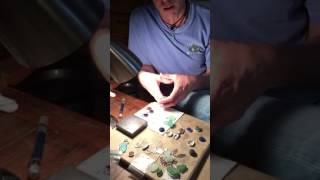 Why does 'End of Day' sea glass have multiple colors? 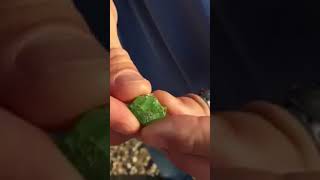 Seaglassing on the Outer Banks of NC 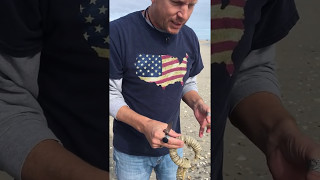 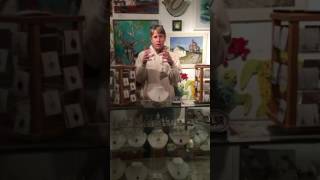 What is 'End of Day' sea glass? 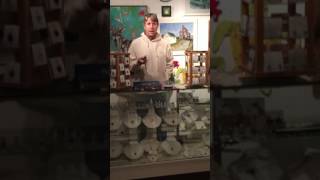 What is UV or vaseline glass?